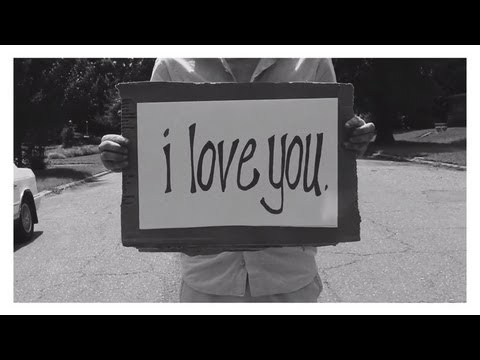 We have become experts at being outraged. There is an entire industry making money off of making you outraged. Outrage is an easy response to all of the wrong in the world and there are plenty of things wrong. However, it is much harder to say “I was wrong, I’m sorry, and I love you.” and admit that maybe we too are a part of the problem. This is where we find Derek Webb, now ten years deep into a solo career after a successful career as a member of the band Caedmon’s Call. Around 2002, Webb quietly started distancing himself from his CCM machine about to release another album and entered the scene on his own with She Must And Shall Go Free The album was Webb’s observations on a church culture that needed reorienting and release from an intertwining of material cravings.

Now, looking back on that initial album, Webb has returned back to speak to the church again, perhaps a little humbled and bloodied from fighting a battle on many fronts. The last few albums have worked further and further out onto some shaky limbs accompanied by distorting melodies and dissonance in the sound. It’s not necessarily that Webb was straying into extremes, despite what some bloggers would tell you, but that it was more and more challenging to listen to his works. This is not such a bad thing as I thought the CTRL/SOLA-MI combination was a powerful commentary on our growing addiction to social network and one of his best pieces of artistry yet.

At some point however, the rubber band has to snap back and Webb has realized he needs to give some reassurance to his longtime listeners and also his vocal critics that he’s “Closer than you think” So, just as Stockhholm Syndrome was a jarring sound from his previous works, this album can be a little jarring as well, dropping layers and layers of sound to give more straightforward major tones and melodies. In some ways the album incorporates bits and pieces of previous work, the title track is a retrospective of him looking back on his career and is the thesis of the album. From there, he continues with some themes of reassurance with “Lover Part 3”, the third part of what Webb came to realize later was a trilogy of songs about the Father, Son, and Holy Spirit.

“Heavy” is a confessional where Derek gets more personal than he has in many albums, but before the listener has a chance to get dragged down “Everything Will Change” is an appeal to drop cynicism and apathy. I particularly liked this song, “it’s hard to keep showing up…”, but the hopeful message is that ultimately everything will change and every sad thing will become untrue.

The album loses a little steam for me at this point, but it starts to ramp back up with “The Vow” which a beautiful statement on a marriage that’s been together for enough years to not be new anymore, but still have a long way to go and then Webb follows that up with a tender song about his wife, Sandra McCracken with “Your Heart Breaks In All The Right Places.”

As someone who loved the density and challenge of Webb’s recent works, I’ve had a little difficulty getting into an album with less to peel back and uncover. Upon further listening though, there is plenty to reward the listener here with each repeat and Webb’s voice has never been better. It’s a most welcome self-reflection that allows reflection into my own life. I’ve spent enough time in my own life making judgments about other people’s life choices and making divisive statements in public places like Facebook and Twitter. Perhaps now it’s time to start mending some fences, admitting I don’t have all the answers, and telling more people that I love them.